Yes, Singapore is awesome. I just to say that immediately. *grin*. Truth be told, I’ve never been to any country outside the Philippines prior to this. Travel seem such a big state of unnecessary affairs. I think men in general think like that. Add the fact that I’ve also never wanted to leave the country. In seeming contrast to the diaspora of my countrymen looking for greener grass to pasture from abroad.

I was however looking to take some time off from work and spend those with my family. So when the opportunity came all I had to say was yes to all expense paid summer vacation to our Asian neighbors, Singapore, Malaysia and Indonesia.

Singapore is a popular choice for Filipinos looking to try their luck abroad. A number of my college classmates and colleagues call Singapore their home away from home and all of them seem happy with their decision. It comes off as surreal when you think about it then realize that a 1st world country is just four hours away from the Philippines. About the same time for me to do the laundry on any given weekend. 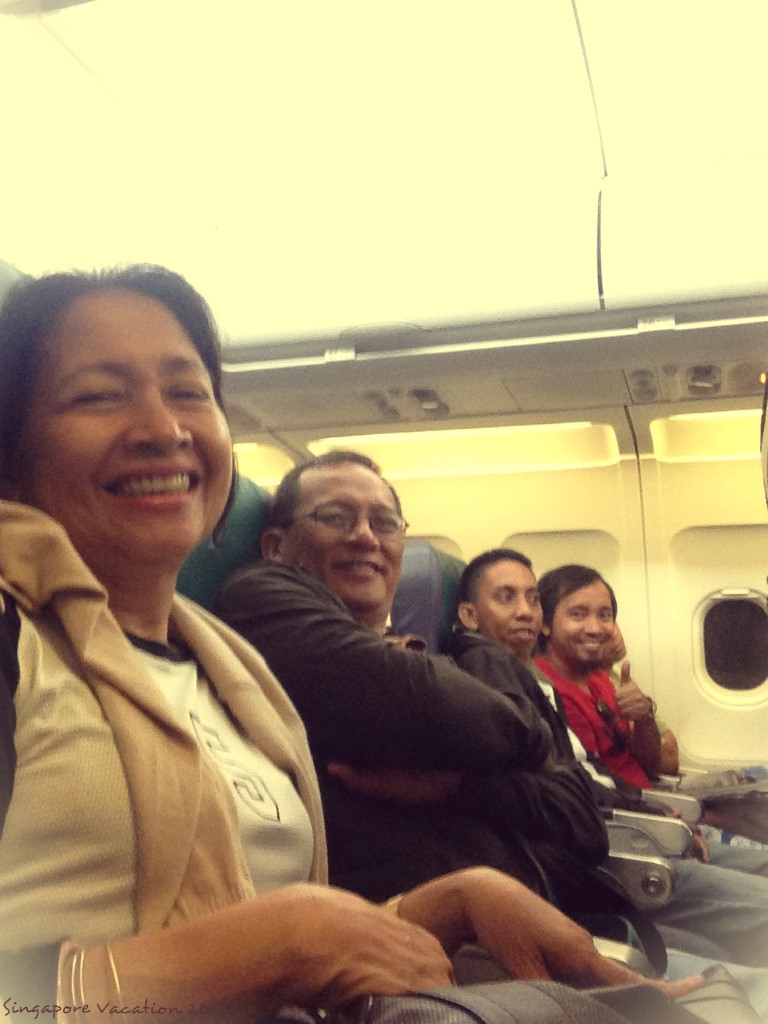 Christian isn’t part of the picture since he took it.

I slept throughout most of the entire flight. I have this personal regimen to rest as much as I can when traveling or on a climb. In our descent, my first image of Singapore was it’s majestic seascape which appears from above as dots of gold and yellow from the light of the numerous ships. It’s the fifth busiest port of the world. I’ve never seen anything like it. And it was amazing. 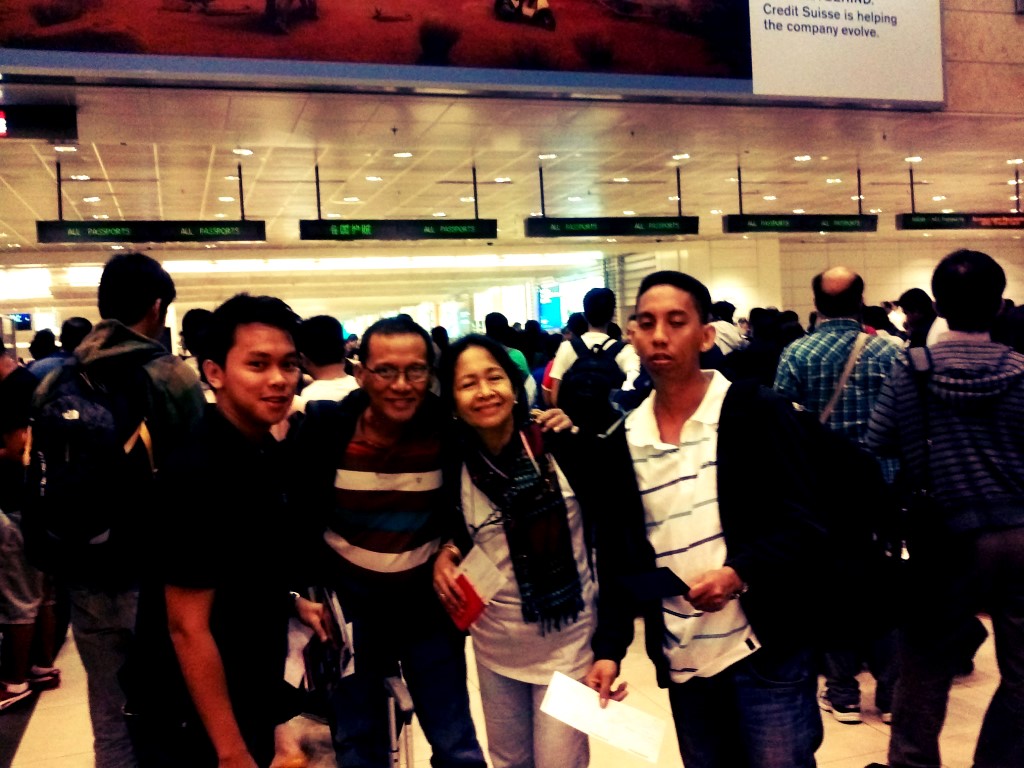 At Singapore Immigration. Yeah we just had to take a picture. *grin*

A BMW for a taxi and that amazed me. I bet that’s not happening in Cebu in my lifetime. We took one from Changi Airport where Changi failed my expectations which were set by my mudding friend Lorenz who said it to be better or at par with the airport of Amsterdam. The walkalator was fun to ride on though. Later I would know that he could have been referring to Terminals 1 and 3. Philippine flights are billeted at T2, the least impressive of the three. Shabby begets shabby… maybe.

I also saw touchscreen monitors at the comfort room and their helpdesk which is an an efficient way for everyone to provide feedback to the airport employees. From the monitors you could rate them with an excellent option to downright failed. 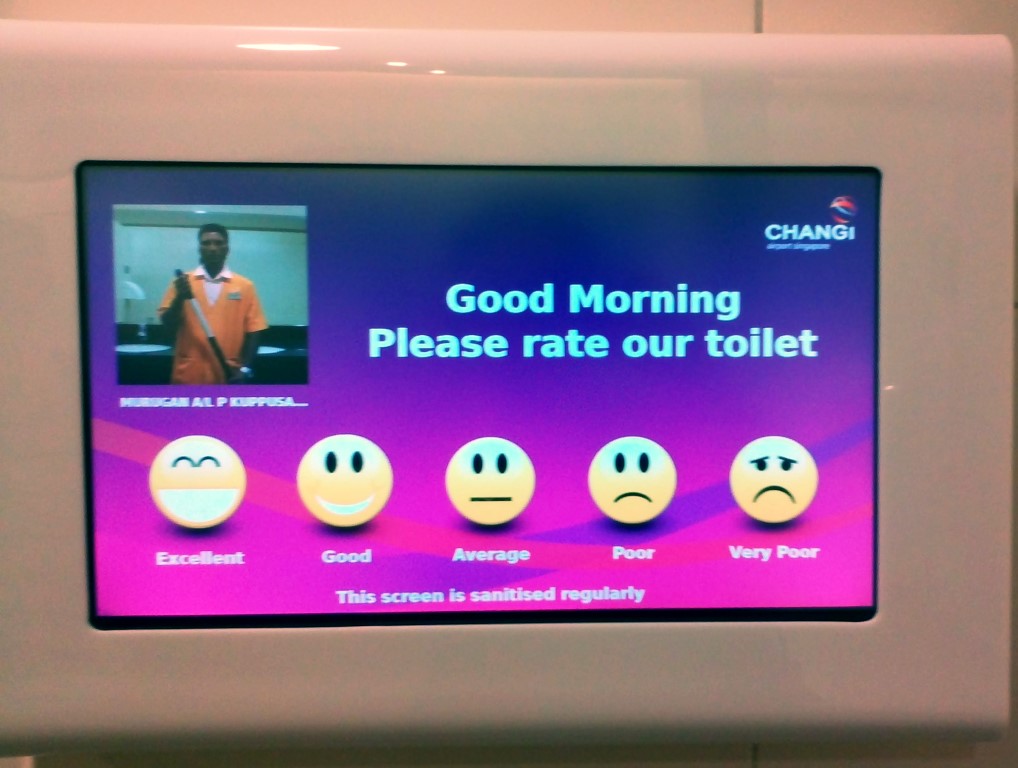 I wish we had this in the Philippines

Getting to Moni Gallery Hostel

En route to our hostel, I got to the see the Esplanade and the Singapore Flyer. Cars are right hand driven and drivers talk on their phones a lot even when driving! That did kind of scare me. It was dusk when we drove through but Singapore did manage to impress me with the number of aged trees which seemed apt for a country city concerned with the well-being of its citizens. A couple of minutes later we arrived at Moni Gallery Hostel and took the family suite. Establishments don’t have security guards and instead utilize timed electronic locks with their doors. The owner of the place was kind enough to open for us in the middle of the night My thoughts about our accommodation, well, the bed was soft and cozy. The place was clean and inspiring. It did however feel a bit overpriced. But then again it is Singapore.

Day 0 was done. Tomorrow was going to be the big day.